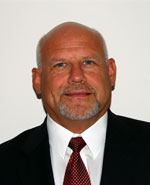 Dr. McCormick began his dental career in 1981 in the United States Army as a Dental Assistant and then a Dental Hygienist. While serving in the Army, he earned the Expert Field Medic Badge and two Army Commendation Medals. After serving, he obtained his Associate degree in Dental Laboratory Technology from Erie Community College where he now serves on the Dental Laboratory Advisory Committee.

With his extensive advanced post-graduate training, he is emphasizing his practice towards treating the whole masticatory system and not just tooth dentistry. This includes Head and Neck Pain, Temporomandibular Joint Disorders (TMJ/TMD), Orthodontics and Sleep Disordered Breathing (sleep apnea), Bruxism and Occlusal disease (clenching/grinding/wear) and the treatment of these interconnected problems as a whole.

Dr. McCormick enjoys spending his free time with his wife Jean and their daughter Abigail. He also likes going to the Bills and Sabres games and spending time at the beach. 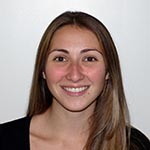 Dr. Gilmore is a native of Boston, MA. She completed her Master of Arts in Medical Sciences at Boston University and after that completed her Doctor of Dental Medicine at Tufts University School of Dental Medicine. She went on to complete a 1-year hospital-based dental residency at Roswell Park Cancer Institute. Dr. Gilmore and her husband moved back to New England for about a year, but the pull of WNY was too great so they relocated (again). For the past 4 years, Dr. Gilmore has proudly been serving her patients in the Buffalo area. She enjoys working with patients to help achieve beautiful smiles and better overall health. In her free time, Dr. Gilmore loves to read and spend time with her family. She also loves to expand her knowledge by attending multiple continuing education course each year. Dr. Gilmore is thrilled to be working with Dr. McCormick and his team! 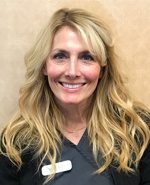 Stacie has been a Registered Dental Hygienist for nine years. She lives in West Seneca, NY with her husband and two children. Haley attends St. Mary's High School and her son Patrick attends SUNY Fredonia. Stacie also has a rescue dog named Phoebe. 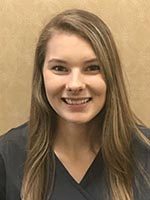 I am the newest team member at Michael McCormick, D.M.D. LLC.  Born in Buffalo, NY - my family moved to Florida when I was three and moved back to Elma, NY when I was ten. We have been here in Western NY ever since. When I'm not at work, I love to spend time with my family and my cat, Lilly. A quote I like to live by is "It is not what you are that holds you back, it's what you think you are not."- Denis Waitley

Sally has worked in the dental field for 36 years and has been Dr. McCormick's assistant for 15 years. She is certified with the Dental Assisting Nation Board and a New York State Registered Dental Assistant. Sally has extensive training and certifications in Orthodontics, TMD/TMJ, and Sleep Apnea. Presently Sally is working on her American Dental Association Fellowship and advance training in Airway Centric Dentistry. Sally enjoys spending her free time home with her family, 2 grandchildren, reading and gardening.

Jill has been an employee with Dr. McCormick's office for about 4 years. She grew up in Elma and currently lives in Strykersville with her husband. She originally started off as an assistant and is now working with the front office staff for a total of 13 years in the field. In her free time, she enjoys camping and gardening. Jill is also a cat mom to her 3 fur babies!